Posted by Tinia on August 16, 2014
In response to the uproar over Whole Foods offering rabbits as a meat choice here

I've been a long time vegetarian (reformed vegan, as well) - basically most of my teenage years and almost my whole adult life.
I get both sides of this tale. I've been a vegan. Now I'm a farmer.
The "don't kill anything; it is mean" argument does not go far with me because I've made it myself in the past. I see the flaws.
So here I am a farmer and rescue horses. Weird? Not really. I know a lot of others just like me.
After 16 years as a vegetarian, I occasionally will eat sustainably attained fish/shell fish - maybe once a month or less.
As ya'll know, We raise heritage breed meat rabbits here on our farm for my family that continue living as typical omnivores and always will.
The breed we raise exists only because it has continued as a meat rabbit without fail for decades. It was on the brink of extinction until the local foods movement raised awareness through organizations like the ALBC and the numbers have risen quickly because small farmers are considering this breed for meat in larger numbers.
If all rabbits were to truly be pets only, many breeds would be lost, like the American, the Silver Fox, the American Chinchilla and more - breeds only used by traditional homesteads for meat. That would be a poverty - that they just vanish from the face of the Earth because a few feel they "can't" be livestock.
That agenda is the part I cannot agree with, that echos too much of PETA - the virtual extinction of so many breeds that exist only on small farms under the care of people who have cultivated wonderful diversity in our cattle, goats, rabbits, sheep and more.
Rabbits have been popular on farms for meat continually through our history - that has never stopped.
I'm not interested in the debate of veganism over eating meat from a moral standpoint. Morals are pretty fluid. You have your own. I have mine. But I do want to validate the fact that for the majority of Americans do eat meat and will continue to do so, and rabbits are a very sustainable, ethical choice. That have never ceased to be. They are easy to keep humanely, allow those unable to farm large scale to be a part of where their food comes from, know the care the animals receives from beginning to end and that is so important.
Signed – someone who has been down the activist road of veganism and made it back alive. 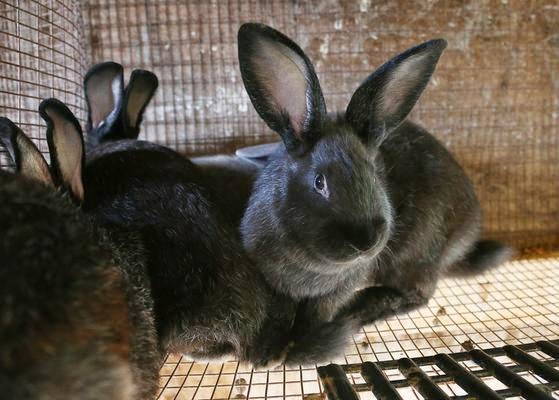