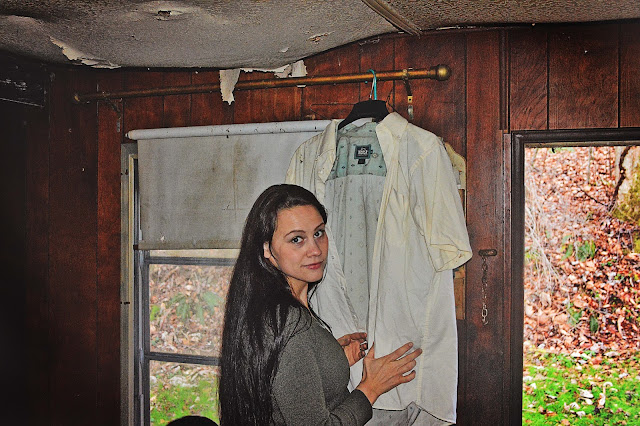 Nearly 34 years ago, an almost 60-year-old man had a little girl born. She was hardly something new to him. After all, he had some 4 or more other daughters and even more sons all decades older than this odd new child who lacked much hair and was of no particular beauty at the time.

Oddly, he decided this child, born to his very young new wife, would carry his nickname of "Tiny." My mother protested. How could she name her first child, her daughter, an adjective unlikely to ever even describe a long-limbed newborn with a bald head far too large? They bickered back and forth. Finally, My daddy was soothed by a compromise.

TINY-AH. In West Virginian, this name became Tah-Nee-uh. But those 3 decades ago, it suited my Daddy just fine. That I would have his name, "Tiny." Close enough, he thought.

Names seem to have some weight, some power over our lives because I've spent nary a day since where he has not been on my mind.

He brought me home with my mother to this little trailer that sat behind his store on Route 10 in Ranger, West Virginia back then, and I lived there until I was 5 years old.

It was a hodge-podge upbringing full of local characters coming in and out asking to borrow money from Daddy, folks buying tires or septic tanks on credit he tracked on small carbon booklets and my mother always finding the indoor water never working properly.

Though there was rarely a question this old man who grew up with too little food, no formal education and no father had carved a bit of an empire out in the area, he wore the same few moth-eaten, threadbare work shirts from a time long before I came along until the day he died in June of 2009.

That little trailer that must be over 50 years old still stands behind Lucas Grocery in Ranger. His shirts still hang inside.

A few times since he has been gone, when I have felt very strong, I have stopped and opened the little door, that has never closed properly, and I go inside. So much in there is unchanged. To remove things would be quite against his wishes, so I just walk around, sometimes brushing against or touching what he left behind, looking at the notes or orders he had written down for customers or numbers of his often dialed suppliers. . .

Too much change is impossible, after all . . .

Because dare I say, despite reason, I suppose if I leave his shirts there, one day he must come back for them, and then I could tell him how unfair it might have been to have that little girl born when he was already worn out and ready to leave. . .for he really left me far, far too soon, and I was not ready to let him go, no matter how ready he was to leave this place.