Time is Frozen in Dreams

Posted by Tinia on December 06, 2015
Now and then I recall the days when I would head down Route 10 toward Huntington, West Virginia. . .deep in the poorest part of our nation, and stop in Ranger because my daddy's store set off to the side.
I'd pull in driving a car he bought for me, on tires he paid for and find hay and straw on the porch for sale, as well as tomatoes plants and septic tanks.
A drink and a sandwich made where there was no running water suited me just fine, and I rarely left without one made my daddy's sister, Peep's, hands.
Inside, I would find my Daddy sitting on a hard wooden stool by a cash register from the 1950's. His body was worn entirely out by this time, and he meandered around the cement and concrete building without heat or air while walking with two canes helping folks find what they were searching for, and he did so without thought to his own well being. What did he care, anyway? He was tired and waiting to leave this world by now. He had been for some years.
Occasionally, misguided "important" folk came in and turned up their noses, as if the frail old man with snow white hair that was bit too long was not good enough to offer them what they sought. Daddy would just laugh, knowing the small change he kept in his pocket could buy those types several times over.
Those people did not know anything that matter about life, anyway.
He would be found checking out a customer, unlikely to be paying with real money, and writing their total in a credit booklet the person never intended to make good on. He would tell each one, "Thank you," as they walked out, and we'd suppose he appreciated business they were not really providing and hoping to see them again, which he really was not.
This was all he knew. To toil. Until the end.
Really, it is worth telling you that he was not a man who enjoyed people. He liked them not at all, see. He did take some small pleasure in talking at them about the Lord or how the Bible mentioned nothing of retirement, but that is about the end of what he wished to impart to people, and what they said in return was of no consequence.
He enjoyed the sad and melancholy moments of life, much like I do. But to be honest, how much he knew outside of those times, I cannot say. I suspect most of his days were heavy and oppressive, and he learned to understand those and love them, in his way. He did not know how to love life or people.
Many years have gone by without him.
His store sets fallow beside of Route 10 in Lincoln County. After over 50 years of business, to see it closed and untended to seems quite unnatural to me. When I drive by, my heart misbehaves and gets away from me.
My boys will never know him or the work that unrolled each day inside of those doors. They will be the worse for it. My life is so entangled in that man and his store, I have ceased to understand how I would know anything without him or without it, really.
"Time in dreams is frozen. You can never get away from where you've been.”
― Margaret Atwood, The Blind Assassin 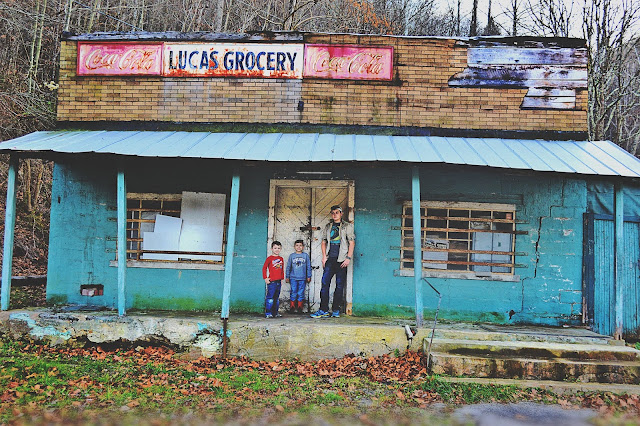