Raw Milk at the Capitol in West Virginia: A Rumor is Not News; What Happened to Journalism?

We seem to have turned into a Nation that does not care for the truth. I guess the truth is too boring for the fast paced, exciting lives we want to live (in our heads, mostly) these days. . .
I think I can remember a day where it was different; perhaps, that is simply wishful thinking. I will not report it as fact. I admit I cannot be sure.
As we co-exist these days with folks like Kim Kardshian, It is no wonder what is real is repugnant to society. If we didn’t love outlandish, foolish dishonesty, America would not love reality television, which is anything but real. Those folks who star in reality shows would just be more folks in sweat pants at Wal*mart.
The Outrageous is fashionable, and too often, the facts aren’t fun or fabulous or horrible enough to keep up with rumors, partial truths or outright lies. This is a world where even keeping a butt, ribs or nose God gave you is considered unacceptable, so I am not surprised the media caters to what we have become. What choice have we, as a people, provided?
I am just not yet willing to throw in the towel here in West Virginia with seven years of a very honest and worthwhile endeavoring in this issue and accept this mess while “sitting down,” though.
We are a Nation that loves a Lie. We are who is at fault with rumors become news. If the rumor didn’t concern something we care deeply about, we would not pause to consider how much merit this story had. We might even share it.
We prove in everything we do that we are okay with lies being presented to us as truth. We love this and expect it in everything we read, see, hear and do. We expect our own bodies, lives and children to live up to these fictional expectations. We are works more works fiction than we are of truth.
I cannot be surprised as I watch this (thus far) merit-less tale about milk making folks sick at the capitol be flung across the entire country’s media when there has yet to be single shred of evidence presented, where with the current information it was only notable enough to be on the Onion (as a work of satire), when I know this story is exactly what the people in American love to hear. It would not exist otherwise.
And You are responsible. And I am responsible.
A truthful headline like: “Almost everyone at the West Virginia Capitol has norovirus this week,” does not read nearly so engaging as, “Legislators who support raw milk drink it and get sick,” and so the Media goes with the latter because they know Us better than we like to admit.
A Rumor is News in America. It is news whether it concerns a Presidential candidate, an Alleged Rapist, Farmers or Food. Nothing is off limits.
What happened to Journalism? It became what we demanded. 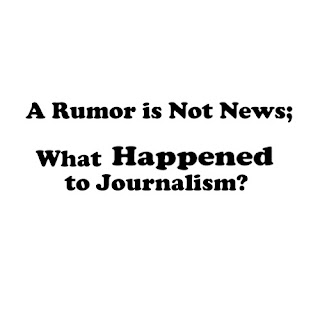 Sensational Rumors, at this point, have been reported a fact or near fact; That is all.
https://wvherdshares.wordpress.com/2016/03/11/a-rumor-is-not-news-what-happened-to-journalism/