Concerning the Raw Milk Herdshare Bill and its Worth:

Brenda Schoepp penned a very apt quote years ago. She said her “grandfather used to say that once in your life you need a doctor, a lawyer, a policeman and a preacher,  but every day, three times a day, you need a farmer,” yet in this society, especially lately in West Virginia, the value and worth of the farmer has been ridiculed to the most shameful level.

When did those producing local, real food in a traditional way become less important than teachers, police officers and nurses? Why does legislation concerning their way of life mean so little? What does that say about our standards?

The so called “Food Freedom Fight” is a movement spearheaded by small farmers nationwide.
It is one of many movements birthed out of too many years of silence on the end of too many Americans.

We have lost liberty after liberty with almost no protest. We have let the Government decide what and how we eat, where our food comes from and how it is cooked before it makes it to us. We have let small farmers be bankrupted in favor of mass produced, lower quality factory farming and haven’t looked back.

Small American farmers have been terrorized for a decade across this country by the FDA and state law enforcement for simply selling real milk to informed Americans who desire to use it. All the while, our wildly out of control government is demanding our food go through a middle man in order to assure mass profit to huge corporations.
Our most basic freedoms are eroded more and more each day. We sit back and talk and grumble. Some find themselves too disillusioned to even care anymore.

But when consuming a traditional food becomes a hot bed for Civil Disobedience, We should be gravely concerned. When fighting to restore small farmers and food access at the local level is considered worthless by our media, we should be alarmed about the direction we are going.

When one says small West Virginian Farmers’ Survival does not matter, one needs to also accept that it will hardly be long before the same tyranny which robbed that Farmer of his survival is going to be knocking at your door. 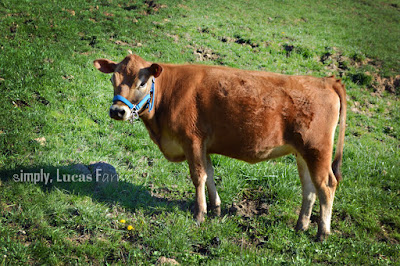