A Tragedy in Appalachia: Oxycontin and Opportunities

"The story of my Brother"

This could be your brother, your sister, your mother. . .

I have relayed various tragic details of this life of mine over the years.

This is a change from everything I've said to you before.

All I have written before tells a story that has resolved.

Nothing in this world has broken me, left me destroyed and devastated like addiction.

Wait, please know, I am the furthest thing from an addict. . .yet I've felt it so close, I might as well be one.

I have lost a father, 2 brothers, a sister and a grandfather in my short 34 years. . .to fires and exhaustion.

I cannot even face it.

I have stood in front of a building holding my 3 year old sister in my arms, my 5 year old son by the hand. . .and watched flames consume the walls holding my 19, 17 and 14 year old siblings. I woke my 84 year old father up on my knees to tell him his last children were dead. I've wished so many times I was gone instead through these last 10 years.


I said goodbye to my Daddy two years after my sisters and brothers. I have had miscarriages and have had a baby born so prematurely, he was unable to breathe on his own. I believed another child I carried would not live because of my own genetic failings.

I moved beyond molestation and rape. More than once. And I have stumbled through a brother telling me his own story about being abused when we were so young and remember how I was there too little to protect him. . .and having hoped for too many years he would not remember that time.

I've found a way to do something with these things. Horrible Things. I have managed to turn them into a reason to do things of value. They have somehow left good things in their wake.

It gives me little peace, no rest. No hope.
It renders me helpless, broken and desperate.

It is a Death simply dragged out year after year: It goes on until I want to tear my clothes and scream for mercy. And still, it goes on. Without Mercy.

In Appalachia. And elsewhere.

I am the oldest of my father's children during his last marriage when he was 58 years old.

My brother was born 2 years after me.

and sometimes less, depending on the matter.

He was beautiful, even as a little child. Everyone thougt I was a boy, yet they thought he was a devastatingly beautiful little girl with shiny, thick, brown hair and giant chocolate eyes. I was the plain child speaking so loudly in front of the lovely child over and over. Moving him out of the way. Again and again. I believed in "me" so much. I wish he had believed in him.
I wish.
but. . .

He was quiet, never challenging anyone, and he was willing to follow me to the grave if I but ordered him. Sometimes I almost did.
He learned everything faster than I did. He grew tall and smart and funny. . . and even more appealing, but never did he become outspoken like his older sister. Never loud or of the firm opinions or confidence and ambition his sister had.
Still, I knew he looked to me. I didn't believe in "him" like I did in me. If I could turn out, I would have.

He could be found in my shadow saying, "Sissy, what now?" at every turn. I was a little girl and failed him.

When my brother's story became too sad, I ignored it. Ran and ignored and tried to forget, but I cannot forget it now.

He has slipped further and further away from the little boy full of promise. His lack of accomplishment will always dim my own, as I know how much more he could have done, if only. . .

West Virginia's hopelessness grabbed him, and he was weak. He didn't believe in John like I would have believed in him.

It began with something that led to Oxycontin, as it did for everyone in Lincoln county back then. Oxycontin eventually became impossible to acquire, so Opana and FENTANYL took their place. Methadone, Meth eventually turned to Heroin.

Anything, you see. It didn't matter, anymore. They gave up and were gone.

Most addicts tell me they want to die. They know they cannot escape it, and they are just waiting for the last high to be the "last." To end it all. It is too hard.

I will pause here to tell you, we were a close family of fair privilege and intelligence and some vanity. We lacked for almost nothing and could have, individually, accomplished most anything. We were so loved by our family. We lived in an unorthodox way, but happily. wildly. originally. We had no "risk factor" beyond being born into an area swallowed up by hopelessness.

Folks like to talk about choice. What choice? When did the choice stop? Do you believe these people said one day, "I want to be an addict when I grow up?" Are you insane, if so?

We've complained about poor choices while each year the number of addicts grow and grow.

My brother's body is covered in track marks. I've found him scratching in corners unable to speak, 60 lbs
too thin for his 6'2'' frame. . .and yet he was unable to say, "ENOUGH!"

I would take his place. Any day. To give him a chance. What am I without him? We were so intertwined from our beginning. I've loved him so and could not, could never save him.

Addiction is tangled in an extreme lack of hope and no confidence in one's self at the roots. I cannot imagine anyone choosing to be hopeless in these numbers, though. Something else is to blame. But folks don't like blame.

Let's talk about the areas of this county that are a breeding ground of poor opportunities and sadness. Let's talk about letting humans become guinea pigs and cash cows for Big Pharma. Let us put some blame beyond the initial "poor choice" of the addict.

When I began this blog many months and months ago, My brother was still in jail, and I thought, "Please stay there, Brother, where I know you are safe. I know I will not lose you there. So stay, please, forever. Never leave."

I am not sure I could ever have brought myself to post this, and forever it would have been a "draft," had something not have happened the week I hit 'publish. . . "

Yesterday, 27 people overdosed in Huntington, WV within 4 hours of one another on heroin. . . and the "Let them die" and "Their Choice" posts flooded my news feed. . .

The horror of what is taking place in West Virginia where addiction is rampant on every corner is beyond the scope of words or vision.

Someone TALK. Say something.

I have nowhere to turn and fail to see it. These people are loved by someone. Maybe not like I Love him, but someone loves them.

You only understand if you feel it to your core over and over like I have, I guess.

People talk about Appalachia and Addiction,
and I am yet to hear anyone saying anything worth my while.

Someone say something of value.

Do something of value.

Get it right. Their lives matter. How about that?

Addicts' Lives Matter. Black Ones. Young Ones. White Ones.

It is as if everyone is crammed in a little room and afraid to talk of it anything but a choice.

I am not afraid, anymore. I cannot be. This is not just a continual choice.

The Hopeless culture here must end.

What if every first poor choice trapped us all in a cycle we could never escape? Thank God all of my poor choices didn't leave me trapped, for I deserve to be trapped more than he ever did. But I am free.

Someone must scream about it until the ceiling is shattered, until it stops. . .until we drag these human beings back from the brink and give them a vision. . .

"Where there is no vision, the people perish"
Proverbs 29:18 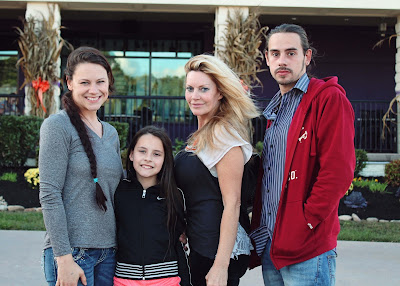