I took his lunch away: What is America? I can tell you one thing. . . it isn't a place to be proud of, anymore.

Posted by Tinia on September 21, 2016
I was out to lunch, actually, when I read this story.

I was having fries, feta and a vegetarian Gyro.

I love food. I adore it. I LOVE being able to have it at my will.

I've been a privileged person for a long time. I can enjoy food in the finest manner, meaning I am able to decide if I want to buy and cook my meals or look around within an hour or so and decide, "Nope, I'd like to choose a restaurant and my meal brought to be this evening." And I do the latter, mostly.

I have spent a little time with too little food as a young adult. I've actually chosen to eat too little in order for my toddler to have all he wanted years ago because I was ashamed to ask for help. It didn't hurt me to do without in order for him to have all he wanted. I did what is right in that case, but all people will not do what they should.

I grew up in a grocery store where my father made sure, regardless of a parent's willingness to pay, a child never left hungry if a need was evident.

He hobbled around there in the end. He was on two canes, and he didn't have a lot left to give, and if he had a child come into his store in hopes of a warm meal, my Aunt Peep and he would have went to the back and made a meal, a meal like those who were able to afford one would have received. He would have given them the same food he'd have given a paying man. And the unpaid bill would have been added to the thousands unpaid over the years.

He did what he should have.

I thank the Lord that my Daddy showed me the right way. He fed the hungry for decades. His name cannot be mentioned in Lincoln county that people do not talk of how people lives, had food and made it because he worked and gave.

Never did a man, woman or child show up at his store's steps that they left hungry.

He fed them. My lord. Did he ever feed people.

Thank you, Jesus, for the man who worked himself to death to feed those who were hungry for sixty years in Cabell, Wayne, Lincoln, Kanawha and Logan counties.

When I read the story above, though I feel like a strong person, I could not really make it through. Not the same. I was ordering a meal, see, and I could barely order. I paused. I looked down. I looked away, Anywhere. I could not make eye contact with anyone while I thought about what I'd read.

All I could picture was a small child, a child much like my own Heath at age 6.  A little boy who has never been without. I pictured him trying to walk away with a tray of warm food, a tray of food he looked forward to, that he so hoped for, and I imagined an adult reaching down and taking it away.

I am ashamed of America. It is an abomination. Shame on Pennsylvania. Shame on You. Shame on Me.

Parents failed the child that day, but so did this country. You. Me. We failed.

So did the people who scream for Life but never want to sustain that life with their dollars.

Shame on you all.

Shame on me for not being a louder voice every single day.

How can I live in such a place and be quiet or only complain and not create change?

I do not know much, but I know one thing. . .I cannot continue to live in a country where these things happen and stay quiet.

I cannot live in a place where we allow children to be abused and neglected by their families, where they are neglected by a system that demands they be born and never care afterward, anymore. 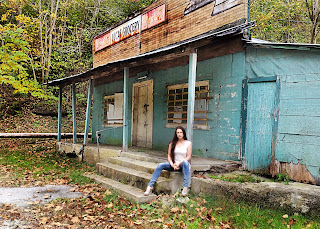