Rape and Women and Equality in America

Posted by Tinia on January 21, 2017
Statistics suggest 1 in 5 women are raped.
1 in 5 girls are also molested as children.
The perpetrators are almost always men, and you would imagine, the numbers for boys is starkly lower, and it is even less for men. We are talking numbers here. It happens in boys and men, but it point blank happens at a massively lower rate.
Does this sound equal? Does this sound like a big deal?
Of course, we know that even with those astronomical numbers, the rates are actually must higher in women and girls than the estimates show us.
Most woman are afraid or too ashamed or afraid to ever make a report or speak of it. If they do speak of it, they are ignored or mocked too often. The men too often get a slap on the wrist.
Of all the woman I know who have experienced one or both of these types of crimes, none have reported it either from fear or shame or both.
Based on women I know, it seems more like 1 in 3 as adult women.
If you were to look into sexual misconduct toward women, it would be difficult to find a woman who was being candid who wouldn't report she had been grabbed, groped or otherwise harassed at many times in her life.
She would typically shrug it off. Boys will be boys, right?
No.
Take it a step further, and take a moment to ask women to be honest and tell you how many times they have found themselves in a parking garage, a parking lot or gas station at night alone or with small children and had a man follow them, make lewd comments and so forth. How many times they have been afraid, talked faster, didn't make eye contact. . .how many times.
Please don't even ask me to talk to you about what happens when a girl or a woman suggest misconduct. Don't ask me to tell you how she is blamed over and over so many times until she is quiet. I know. I know very, very well.
I can't tell you about all the areas where things aren't right in the world. Certainly. I cannot. I cannot tell you about many aspects of human equality or gender equality.
But I can tell you without a consideration to any other area of this "woman" issue, women do still suffer grossly in one huge space of their lives at a massive number that says there is a problem. Unfortunately, we've really, as a society, decided it is just "part of being a woman" and our cross to bear.
That is insane.
It is an inequality that is gruesome and follows you forever. It isn't a lower paycheck or going back to work too soon after a child is born. It isn't about birth control.
It is about physical abuse that destroys women and the men walk away.
Every single time I go in the women's bathroom at Black Sheep Burrito in Huntington by Marshall University, the Rape Crisis Line has all the numbers torn off their flyer. They put another up, the numbers quickly go again. I always take note when it is up and how quickly numbers come off. It matters to me.
There is a problem with how boys are taught, even without meaning to, about girls from a young age. We do make objects of women and make them feel they cause actions in men and boys.
We leave women wrecked for years with scars that never want to heal because what would otherwise be a normal part of life becomes the re-opening of a wound over and over. . .forever.
And I have to read posts like,
"Women in America, do you feel suppressed?" typed with smugness as if we have it so well, but they forget these numbers.
To make it all the more sad, women respond with, "No. I don't." They have accepted all of this as normal.
It isn't normal.
Rape, sexual assault and molestation isn't normal. Normal or acceptable isn't one in five, one in three,
one in two.
That isn't equality. This isn't ok.
And I do wish those who do not know better on this matter would shut up.
I know the "woman" issue involved all sorts of things to different people. Well, the above is what it means to me.
And that, folks, isn't a theory. It is a cold, very sad and very hard fact of American life for girls and women.
. . 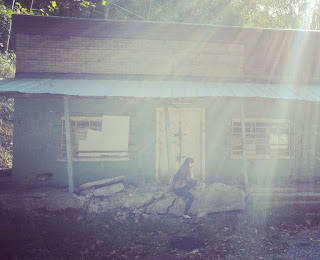