Once upon a very charmed life

Posted by Tinia on May 13, 2017
Once upon a very charmed life, I was graced with a blonde, blue eyed creature born 7 years after I. She was an annoyance, a devoted friend, an epic sister and a gift to me until I was almost 25.
She was this vibrant, weird creation I was thankful for often. I loved her, perhaps, most of all I've loved, in some way or other, at that time in my life.
That light and lovely sister of mine has been gone ten years, and I will tell you that nothing could have replaced her when she went. I had her for 17 years, after all.
When she died, I wasn't without a sister. I actually had quite a few, as my father had many children before me.
And there was also this odd little two year old girl I didn't know much about.
She was born without me present. She began to grow without me in the picture. I saw her first when my brother, Ben, also now long since gone, sent me a photo when she was just few weeks old looking like a dark skinned alien yawning with a big nose.
She was 22 years younger, and I had "My" sister already. 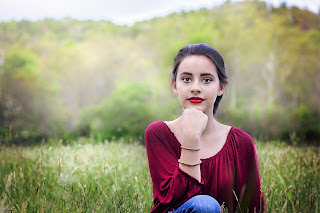 Time passed, and I grew fond of the little hellion she was. My mother spoiled her massively, as she was born many, many years after my "original" siblings.
I carried her around one January night when my beloved, golden sister and two brothers perished in an inferno. I carried her beyond reason in the pouring rain alone because everyone else should have and did try to help my mother. I dragged my 5 year old son behind her. They were quiet and scared and afraid then. I stuffed them into a vehicle about 6am that morning when I knew there was no chance and there was nothing else I could do. I said nothing to them all the many miles back, and I put them in bed and fell over at home after. And people came. And who knows what else. I don't know what else happened.
I stayed numb for a very long time.
I had barely known her, after all, this little brown haired being that people said looked like me, though I knew better.
And my beautiful, golden sister was now gone.
Dead. Cold. In A Tomb.
It has been ten years now, and that tiny, dark haired girl has been with me nearly enough to be my own.
I sometimes accidentally call her Angel. But honestly, you know, I never called Angel her given name, and Alana has long since outgrown being in someone's shadow.
She reminds me of Angel now and again, and Ben, sure. . .she is their sister, too. And I often think of how sad it is this lovely child will never know those amazing people or ever live in anyone's shadow at all.
You know, mostly, she reminds me of no one else. She is this unique, beautiful creature who has more style than Angel and I combined. She draws weird body art on her hands and sometimes makes her eyebrows too dark. She pairs prints with other mismatched designs and makes them work when I could not. She loves an eccentric heel like her older sister, and Angel would have been wild over her, had she been here. She'd likely have preferred her to me.
And sometimes, when she sings, I think about how she and Angel sure beat me out of that talent, though her voice is low, kinda of like my own, but prettier, of course.
Sure, also she manages to knock a photo out of the ball park at 13, when Angel and I still appeared like starved, bedraggled pilgrims at that age.:)