I feel often that change isn't always to our benefit

Posted by Tinia on October 13, 2017
I feel often that change isn't always to our benefit. I think too many folks are ever searching and unable to find peace or joy or anything of value because they are caught up in the "search" and certainty something is better, that they deserve more. . .all of the time.
I suppose small farming has shown me this, as well as other parts of my life.
I started trying to homestead, or "sometimes" farm, almost a decade ago, and while I begin most things intending to stick them out, I quickly found, for most, small farming is never intended to be a lifestyle. It is something many begin with an intent to leave behind shortly after.
So many things are trendy. The idea of milking cows, for instance, it comes and goes like high rise jeans and a cut out sleeve top. But some folks just like their pants a certain way and intend to ride the wave and stick with what they like.
There is something, in a modern world, that beckons people to a thing and tells them it is fine to toss it aside when it isn't convenient, anymore.
I mean, a dedicated lifestyle, one about any purpose, should prove to be hard work. Be it a small or large part of a life, things worth any while are some level of work.
But everything disposable these days.
Even people. Mostly them, really.
People have children and find they don't really like parenting.
They bring dogs, hamsters or cats into their homes and find being an owner isn't easy or cheap enough.
They find a job and leave it when the going gets hard.
They say they will be there, and they aren't.
People want more. different. change. another. anything. else. but. what. they. have.
I remember my daddy saying so often, a long while ago, "see, they will never be satisfied," and I remember feeling deeply in my soul I must never be "they" because the way he said it with such disdain meant it was something one should never be or do.
I've been, I reckon, a person of dedication and consistency more often than I've not. I have been exposed to the flippant and wanton too often. I value purpose and a "stick with it" attitude. It doesn't mean I do not find errors and turn around, but it is with clear purpose, usually.
Lifestyles, people, animals and purposes are important things one should not approach with a "we can leave it all behind" mentality. Sometimes you have to leave things behind, but folks, do not do so in a search for something better. I fear you'll most often be disappointed.
I've come to believe that frequently, the only way to value consistency, contentment and "today" is by knowing what it is to need and not have, to be broken and unhealed, to lose and never be able to have again.
What a thing, though, it would be if we were able to appreciate and know that you can be happy with without suffering first.
"I know what it is to be in need, and I know what it is to have plenty. I have learned the secret of being content in any and every situation, whether well fed or hungry, whether living in plenty or in want." - The Bible 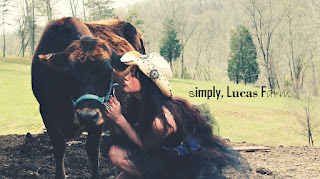