West Virginia. Not Wonderful. Not Almost Heaven. Not for Children.

Posted by Tinia on December 06, 2017
Our Child Protection system is so grossly broken in West Virginia: Wild and Wonderful (anything but, it seems, for children who need help).
A family member had a short relationship with a woman. Over 2 years later, he learned a child had been born, and from the photos, it was obvious the child was his.
This woman is a hardcore drug addict who has had all rights terminated on all of her previous children.
This little toddler was recently removed from her care due to gross neglect and the mother's continual drug habit.
Paternity was established, and he does belong to my family member.
His (the father's) mother has been the foster for the little boy during the months since he was removed from the mother.
Today there was a hearing where the judge said if she just doesn't do drugs (the mother) until January, she can have him back. . .
The drug screening, which I know as a former CASA, are a joke, and people generally keep up the drug habit, as they know when the testing is, skirt around the system by missing screening, as they will not usually used against the parent as a "dirty" screening in that case.
This is just another failure of our system in West Virginia. I believe our greatest failure, actually. We fail children so gruesomely over and over.
What hope does tomorrow have when this is how we act?

We know we can do better, but in Charleston, I have sat in a meeting with suggested legislative changes in early 2017 . . .and the powers that be have said they aren't failing. They are fine.

But indeed, they are failing. They are anything but fine.
This little boy has a chance . . .had a chance. They took it away today in West Virginia.
Of course, the family members likely will sue apart from the Child Protection System for custody for the father, and maybe they will get it, but not likely before our cruel, heartless and broken system may return this little child to a woman who already destroyed her other children.
What kind of system offers up children as sacrifices for a parent's (or parents') whim(s) as if they are inanimate property over and over until they are all but or actually dead?
Our's. . .right here in West Virginia.
Not Wonderful.
Not Almost Heaven.
If you're an attorney that would consider helping in this case, it is in Southern West Virginia. Please just PM me. If you're a media source that would cover the story in any manner, please let me know.
If we remain silent, we ARE the problem in this state. 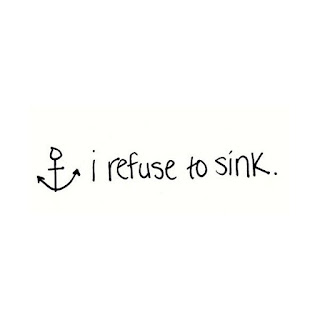