The story of a friend: I will always remember her as what she was to me. . .and that was a beautiful friend when I needed one so many years ago.

Posted by Tinia on August 07, 2018
When I was a little girl growing up in Lincoln County, West Virginia, I was everything that was uncool.
I was built a bit like a large boy, taller than most kids and had a gravely voice I've grown to rather love as years have passed. I never wore current clothes, and I talked too much about history and pets and horses.
I moved from one county to another age age six when going into first grade.
Most of the children went many steps beyond ignoring me - most were extremely cruel to me.
While I did not mind not having friends, I was aware of it, nonetheless. I didn't feel sorry for myself or feel bullied, but I did know what was happening.
Going into second grade, a wispy, tall blonde girl befriended me.
I can't remember the details, but perhaps her mom felt keeping her back in that grade was best for her, but she was repeating the class, and I was joining it. I was ever so glad it worked out that way.
She and I couldn't have been further apart in socio-economic status, but the fact I had quite a lot of privilege and she did not made me no more popular and her any less so. Judy was well liked with teachers and all students. She wasn't part of the "cool" crowd, but they liked her. And she was friends with the least of class, too.
While her ability to get along with everyone did not help make me more accepted, she became my very best friend. . .
The only friend I ever had as a child.
She stayed with us often, and before long, her mother and many younger siblings began attending the church two seats down from my house.
Most every single milestone in my early life revolves around some event where my friend, Judy, was there.
She loved little kids, and my siblings all grew up being carried by her when she was staying over with us. I am sure they actually liked her more than me for a time. I remember how many babies and toddlers called her "Sissy" at Toney Christian Fellowship because she was a bit of a baby sitter at services and enjoyed it.
Time does what it does, though, and by the time I was 17, we never saw each other anymore. I tried once to get her to move away when I was 16 and she was 18 or so. She did for a bit, but she wanted to come back to what was home for her.
I have never stopped worrying about her, though because
Life in Lincoln county is hard, and to stay there and thrive, even back then. . .was unlikely. As years passed and the opioid crisis took over everything, including my own brother, I worried more and more. . . about this person who saw value in me when no one else did. . .and hoped a tide would turn.
The person who loved me before I learned to harness my wit and charm, before I grew into being me in a way that made me a bit of a force to be reckoned with. . .
You never forget those people - how rare. . . the truth is many never even meet someone like that.
But I left that desolate place. She stayed behind. And it consumed her, like so many others I attended school with, like so many others in my family. . .
With addiction, those without enough consideration for human beings and without enough humanity, often want to say those swallowed by this unspeakable crisis are somehow less than those who avoid it.
How can that be when she proved her character and value to me a million times before?
Today, they take Judy, my only friend as a young girl, off life support.
I won't write about regrets on this occasion, but I will say that there is more than I could ever share of the kindness she always gave to me. . .
And I will always remember her as what she was to me. . .and that was a beautiful friend when I needed one so many years ago.
There isn't much more any of us could ever hope to be, when it is all said and done. 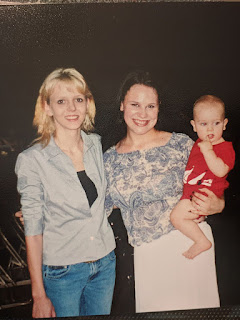 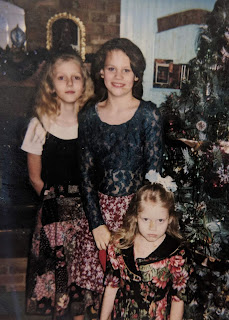